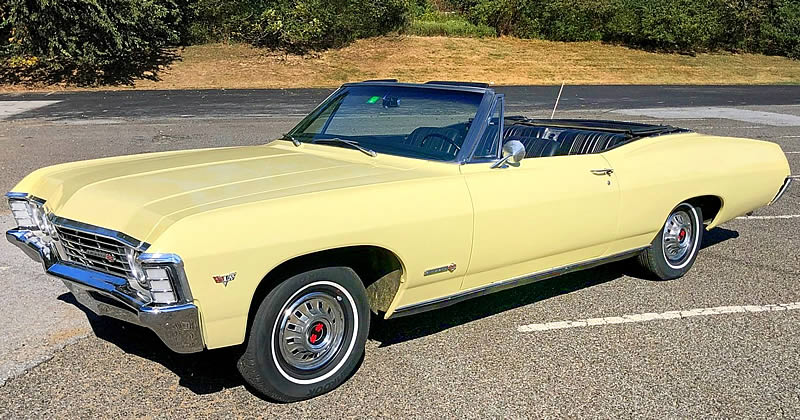 If you want to get noticed then this 1967 Chevrolet Impala SS Convertible in eye-catching Butternut Yellow with contrasting black vinyl interior is sure to stand out.

Impala had a complete revamp for '67 featuring the popular "Coke bottle" styling you see here.

Taillights once again had triple segmented horizontal styling but didn't wrap around the body corners as they did in 1966.

Inside, this Impala is fitted with vinyl bucket seats that came as part of the SS package (that also included the center console). 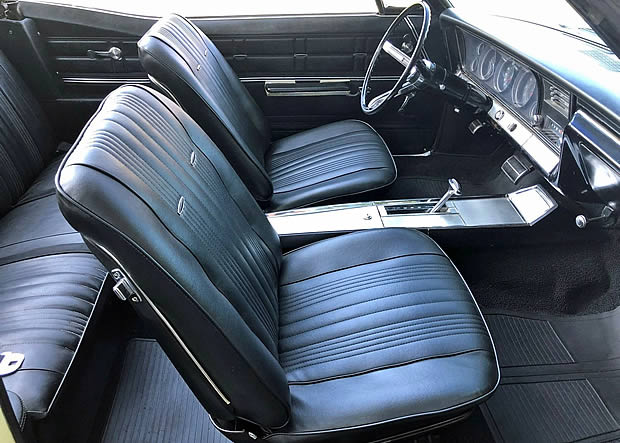 Power comes from a 195 horsepower, 283 cubic inch Turbo-Fire V8 engine that was a $300 option when paired with a Powerglide automatic transmission that it's paired with. This car also benefits from power steering which would have cost the original owner an additional $95 when they ordered the car.

Chevrolet produced 575,600 Impalas for the 1967 model year. Of this number only around 18,800 were had six cylinder engines. Unfortunately as these numbers cover all Impalas except the wagons, there isn't an accurate count of convertibles made.

Sales were actually down for Chevrolet in 1967 by around 9 percent. However, Ford sales were down even more which brought Chevrolet back up to the number one sales spot.

Base price for the 250 cubic inch six cylinder was $3,149 and you would have paid an additional $105 for the 283 cubic inch Turbo-Fire base V8 engine (Powerglide automatic transmission came in at another $195).

This Chevy Impala SS is currently for sale on eBay. (follow the link for even more photos﻿)