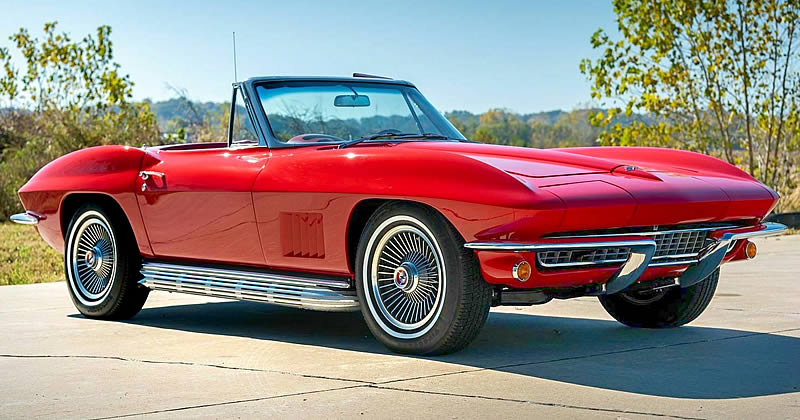 This 1967 Chevrolet Corvette Sting Ray in Rally Red with red interior has only done very few miles since it had a complete frame-off restoration about 9 years ago.

This was the last year of the second generation Corvettes that had been around since 1963. Highly refined during those 5 years, Chevrolet had really got it right this year - it was the cleanest looking of the 1963-67 generation.

Gone were the three fake front louvers from the previous year and replaced with 5 functioning ones.

Side view showing the 5 functioning vents and the side exhaust

The interior is red vinyl - code 407. Note the parking brake was relocated this year from under the dash to the center console. 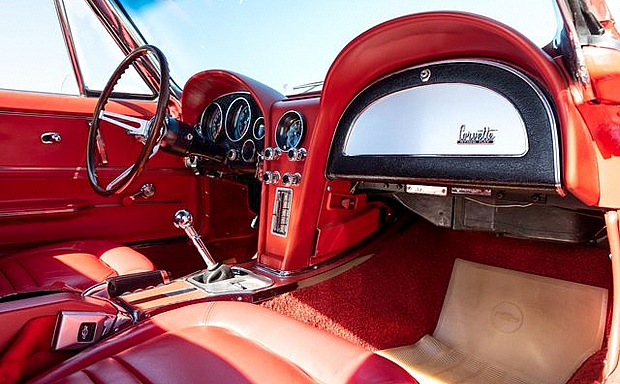 New for this year was the single backup light, mounted above the license plate. 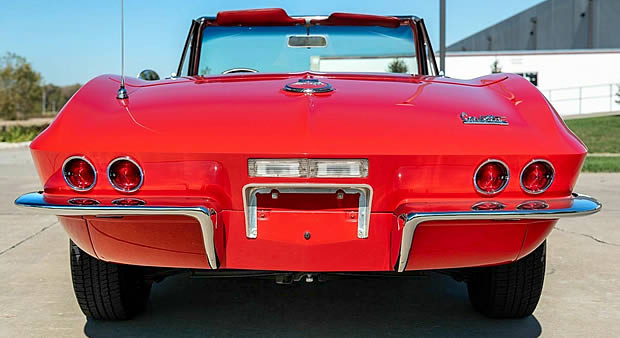 Standard engine for the Corvette in 1967 was the 327 cubic inch Turbo-Fire V8 producing 300 horsepower. This car has the optional, higher power 327 that outputs 350 horsepower. This is paired with a four-speed manual transmission - it was a combination that cost an additional $289 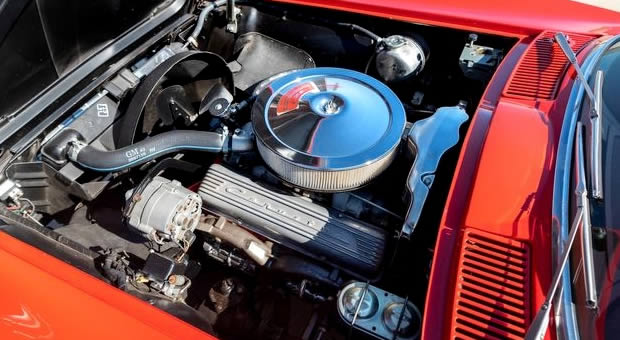 SOME CORVETTE OPTIONS FOR 1967 FITTED TO THIS CAR

This '67 Corvette is currently for sale on eBay. (follow the link for even more photos﻿)