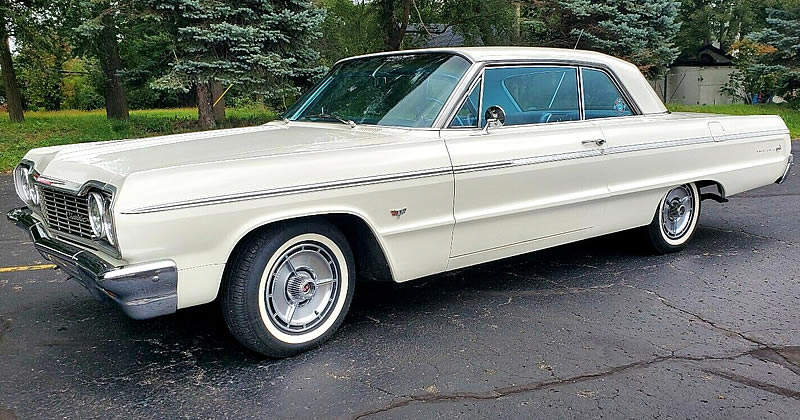 You certainly won't fail to get noticed driving an automobile like this 1964 Chevrolet Impala SS - these big cruisers are amongst some of the most popular sixties classics.

No longer simply a package, the Super Sport was a series in its own right and only available in the 2-door styles, the Impala SS was Chevrolet's high end model and distinguished with SS identification trim inside and out. Except for the Corvette, it was the most expensive Chevy available in '64.

Only available in 2-door styles, the Impala SS was Chevrolet's high end model and distinguished with SS identification trim inside and out.

The distinctive rear of the Impala

Inside is the original, full leather-grained vinyl upholstery in blue with bucket seats in the front separated with a bright-trimmed center console. There were also swirl pattern, machined instrument panel inserts unique to the SS. 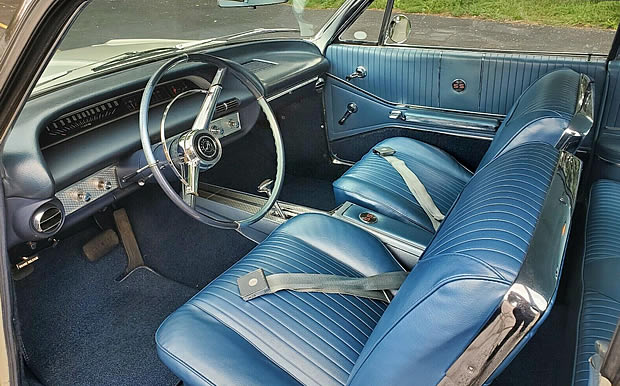 Power comes from the original 327 cubic inch Turbo-Fire V8 engine producing 250 horsepower. This is paired with a Powerglide automatic transmission with the combination coming in at an extra $402. The 327 upgrade would have cost around $203 and Powerglide costing an additional $199 over the standard 3-speed manual transmission. 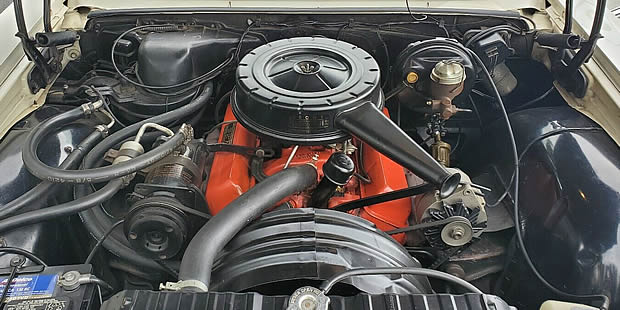 Chevrolet built 185,325 Impala Super Sport models for the 1964 model year. This figure contains a mix of the 2-door hardtop and convertible. A realistic estimate is about 90% of those cars were the hardtop which had a base price of $2,839 and came with a 140 horsepower, 230 cubic inch six cylinder engine.