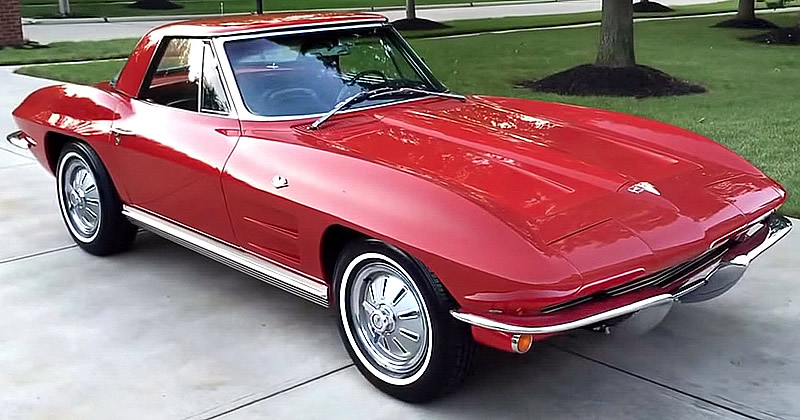 Here we have a 1964 Chevrolet Corvette Stingray convertible looking great in Riverside Red with black interior and powered by a 327 cubic inch V8. The base engine produced 250 brake horse power at 4400 rpm. Transmission is a 4-speed manual which 85.7 percent of Vettes came equipped with. Three speed manual was the standard option with 4-speed coming in at $188 extra.

1964 was the second year of the second generation Corvettes. Very little changes were made from the 1963 model - a few styling changes and the fake hood vents were removed. Some suspension improvements were also made front and rear with new variable-rate springs. The brochure described it as a sports car with a dual personality - Corvette performance with penthouse luxury.

The convertible was available with soft top or a removable hardtop - or both! The detachable hardtop came as a $236.75 option.