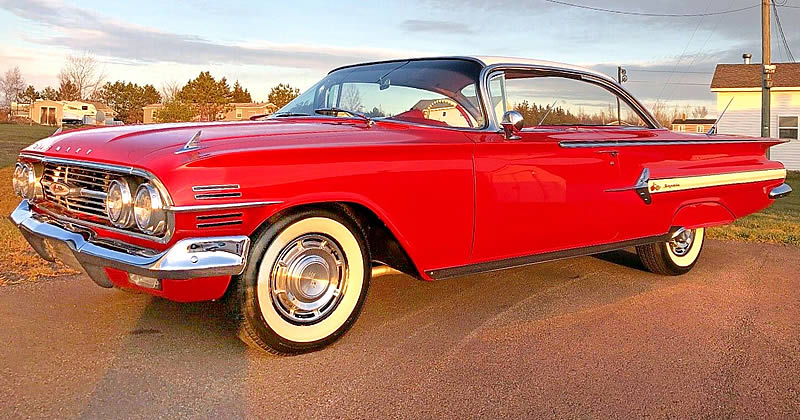 The slightly more restrained 1960 Chevrolet Impala followed on from the wild styling of the 1959 models which, if we are honest, wasn't that popular with the pubic at the time.

Arguably the 1959's were a step too far which will have contributed to the slump in sales that year. A major overhaul wasn't on the cards so the '59 was refined and smoothed out. The result is the fine automobile you see here.

It was a great year for Chevrolet as they managed to corner 28 percent of the US auto market. 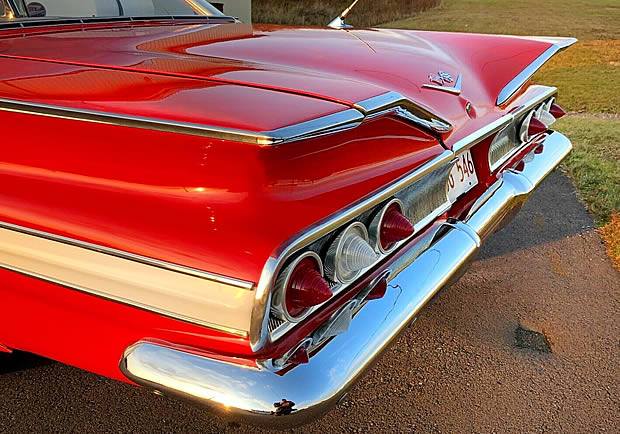 At the rear are the triple tail lights, an easy way to identify an Impala over the other full-size Chevrolet models.

Inside is a striking red and white interior and what Chevrolet described at the time as, "color-keyed interior beauty... a brilliant selection of pattern cloth and leather-grained vinyl upholsteries, floor coverings and tasteful appointments." 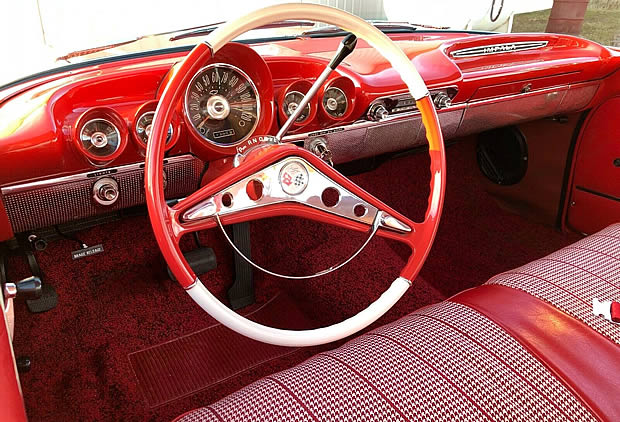 What's all the more special about this interior is that it is all-original. It's clearly been looked after well during its lifetime.

Under the hood is the largest displacement engine that Chevrolet had available as an option that year, a 348 cubic inch V8. This version is the 280 horsepower Super Turbo-Thrust with a three 2-barrel carburetors giving a 30 horsepower gain over the single 4-barrel version. 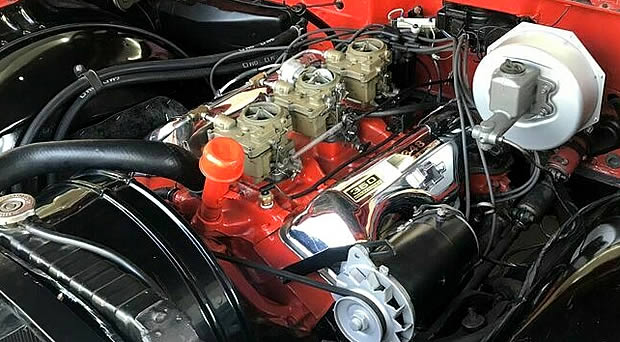 Some Chevrolet Options For 1960

Note: These prices would have also incurred sales tax

Production figures from Chevrolet are a bit vague around this period as they chose to keep records by body style and not per model. We do know that they produced 204,467 Sport Coupes. This would have been for both the Impala and Bel Air.

An Impala Sport Coupe would have cost you $2,597 for one equipped with a 235.5 cubic inch "Hi-Thift" six cylinder engine. Another $107 got you the Economy Turbo-Fire 283 V8 - both came with 3-speed manual transmission as standard.

This Impala is currently for sale on eBay. (follow the link for even more photos﻿)