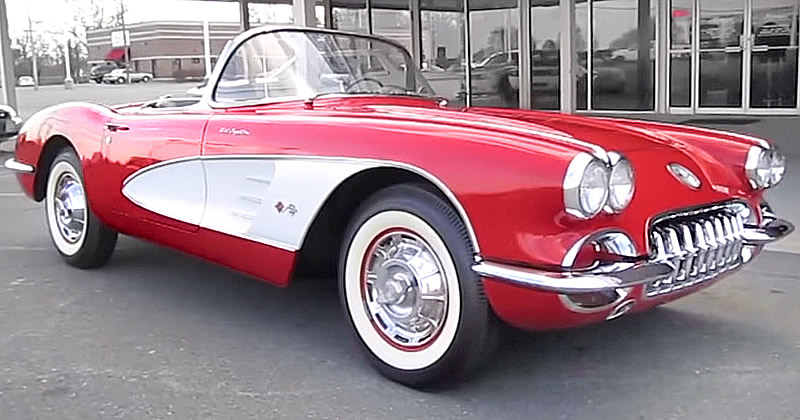 Here we have a beautiful and original 1960 Chevrolet Corvette that's still wearing its original Roman Red paint! It's a 4-speed manual with a 283 cubic inch V8 and fuel injection and has just under 60,000 miles on the odometer This car is a survivor and has never been restored.

There was a choice of 8 exterior finishes this year: black, white, turquoise, blue, silver, green, red and maroon. The cove was available in either silver or white.

Chevrolet produced 10,261 Corvettes for 1960 with a base price of $3872. Only 1,529 of these cars were produced in Roman Red and black interior combination and only about 100 had the fuel injection option - making this a very desirable, and collectable car.