Having just had a comprehensive rotisserie restoration with over $110,000 spent on it and is now in "showroom condition". This Nomad is certainly something special. Doesn't it look great in Onyx Black?

Nomad was the name given to Chevrolet's 2-door station wagon and was part of the Bel Air series and their 'sporty' looking wagon. So strictly speaking it is a 1957 Chevrolet Bel Air Nomad. It was the most expensive Chevrolet available (with the exception of the Corvette) and the rarest.

There was also a 4-door wagon available which was known as the Bel Air Townsman. More than 21,000 more Townsmans were sold than the Nomad - that's over 4 times as many. This was much to do with people finding four doors more convenient and it was over $200 cheaper! 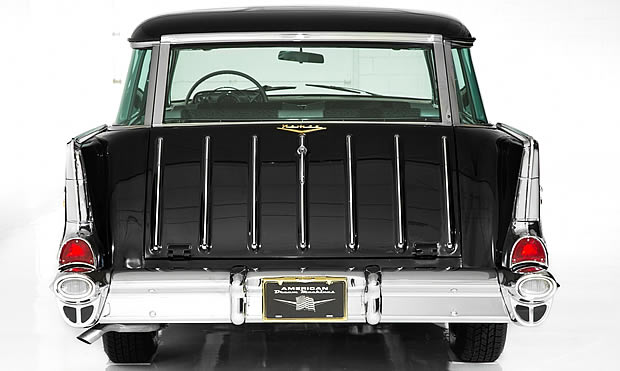 Often credited as the work of Harley Earl, the Nomad was actually the creation of Chevrolet studio head Clare MacKichan.

Inside the interior enjoys all the benefits of the Bel Air. A workhorse it may be, but you still traveled in style. Seven different color combinations were available. This particular Nomad uses silver vinyl with black and silver pattern cloth. 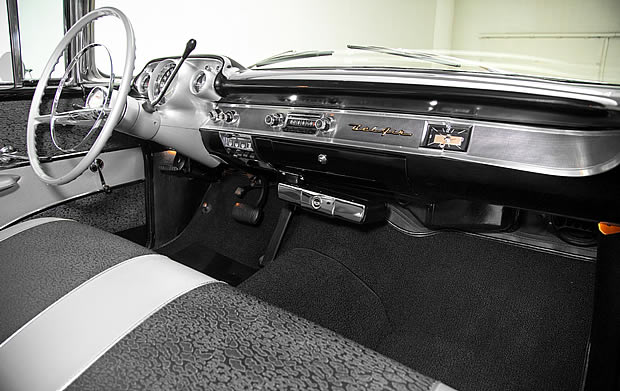 The Nomad would have been an expensive car for Chevrolet to build because it had so many body and trim parts that were unique to it.

Under the hood of this particular Nomad is a 283 cubic inch Super Turbo-Fire V8 with 4-barrel carburetor producing 220 horsepower. It was brand new for 1957. This is paired with a Powerglide automatic transmission - a combination that would have cost an additional $365 over the base price when the car was ordered new.

This Nomad is currently for sale on eBay. (follow the link for even more photos﻿)