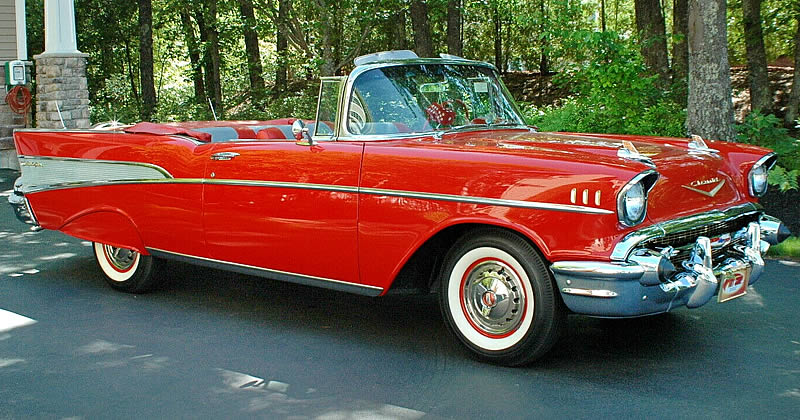 For anyone with even a passing interest in old cars, the 1957 Chevrolet has to be one of the most recognizable cars ever. Its beautiful lines and iconic design has meant it is, arguably, become one of the most popular cars to own. Add in that this is a convertible and you have one highly desirable car with values climbing considerably over the last 30 years or so.

Chevrolet offered 19 models over three series that year: the One-Fifty, Two-Ten and the Bel-Air with the latter being the top series. The Bel Air was richly appointed and one of its most distinguishing features was the brushed aluminum panel on the rear quarters that sat between the wedge shape formed by the two chrome strips.

This 1957 Chevrolet Bel Air Convertible is painted in Matador Red and has a beige fabric top. 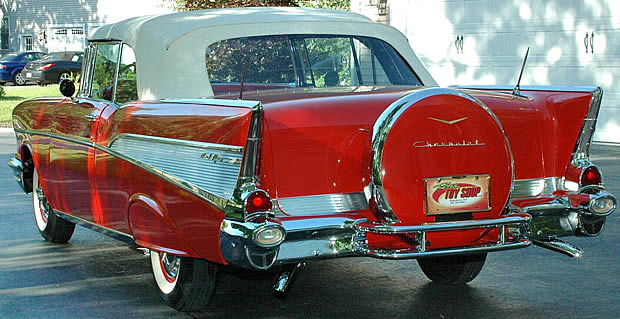 The interior of this Bel Air is a Red Vinyl and Silver Pattern Vinyl combination that was one of four different styles available for the convertible. 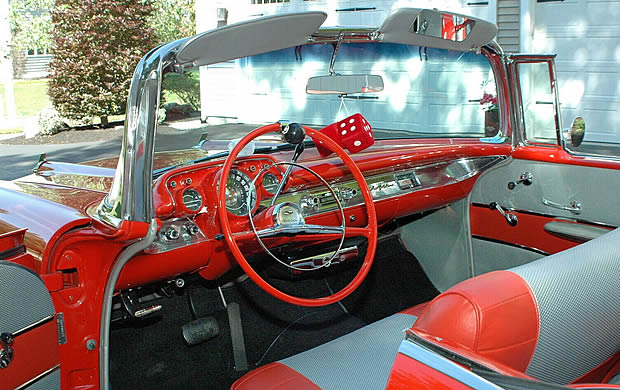 Power comes from the new for 1957, 283 cubic inch V8. This particular car is equipped with the power Pack option giving an output of 220 hp. 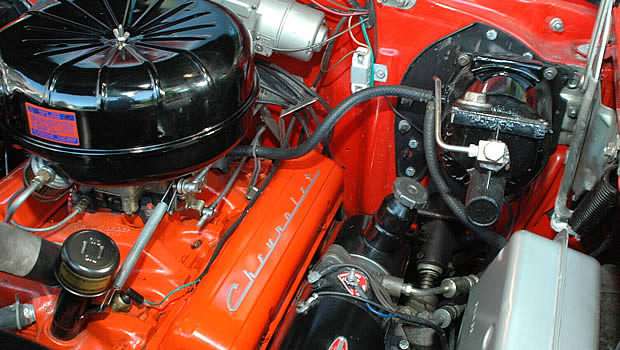 Primary competition for Chevrolet in '57 would have been the Ford Fairlane 500, Plymouth Belvedere and the Studebaker President.

This 57 Chevy is currently for sale on eBay. (follow the link for even more photos﻿)