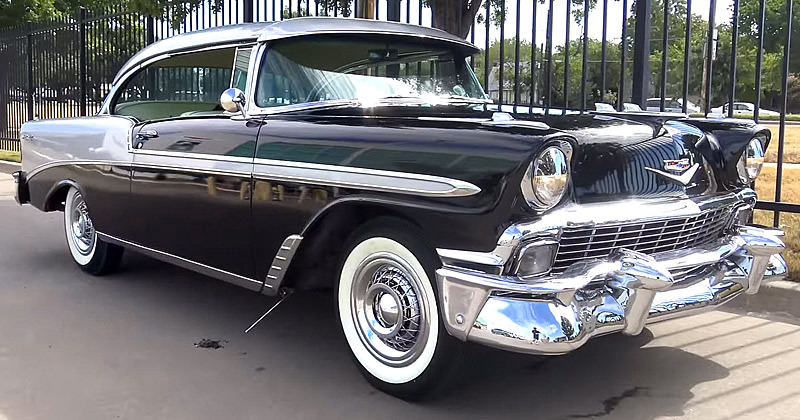 Chevrolet made some major changes in 1955 and it was the start of the Tri-Five era covering 1955-57, producing some of the most popular Chevy's in history. This period saw Chevrolet introducing wrap-around windshields and V8 engines for the first time. These cars were an instant hit.

​The 1956 Chevrolet was touted as "The Hot one's Even Hotter" and it was indeed faster and somewhat flashier than its '55 predecessor.  However, it's not proved quite as popular as its siblings the '55 and '57.

Originally, this was a solid color Onyx Black car and made a tone tone car with the addition of the grey. While there were 14 two-tone options available for 1956, this wasn't one of them. We think it looks great and would have probably been a big seller had it been available at the time.  The interior is Yellow vinyl and Charcoal Gray Pattern cloth (combination 585).