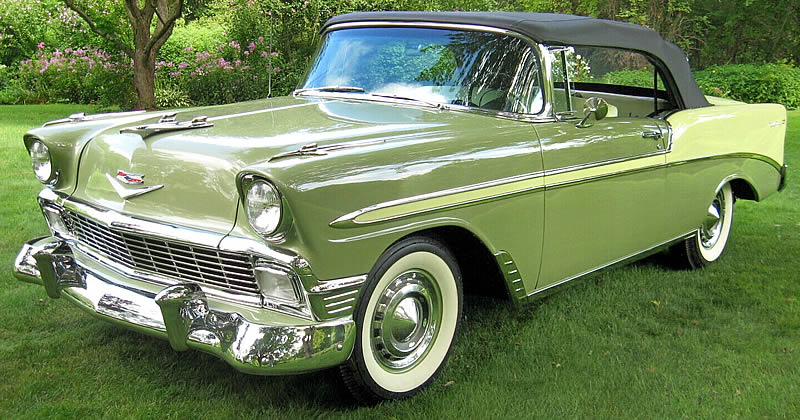 How would Chevy top the success of the 1955 models?  They had sold 1.7 million cars that year - the 55 had that much of an impact. The answer was to build something faster and a bit more flashy. The Chevrolet brochure announced they were offering a bigger, brighter choice than ever!

The somewhat understated grill of the '55 was now replaced with a full-width latticework with square parking lamps at each end. The hood was extended by 4 inches and a wide chrome "V" (for V8 models) proudly displayed on the front. The front fenders were broader with reshaped headlamp eyebrows. A nice touch was moving the gas cap and hiding it behind the left taillight.

The 210 and Bel Air models had more distinctive side moldings which allowed a bolder two-tone paint scheme. With the Bel Air standing out with a color fill forming a spear pointing towards the front of the car. While the interior dimensions didn't change much and the instrument panel remained the same, there were plenty of new colors and upholstery materials to choose from. Unfortunately the complaints from 1955 about disappointing interior space and too few instruments, would also plague the 1956 models. 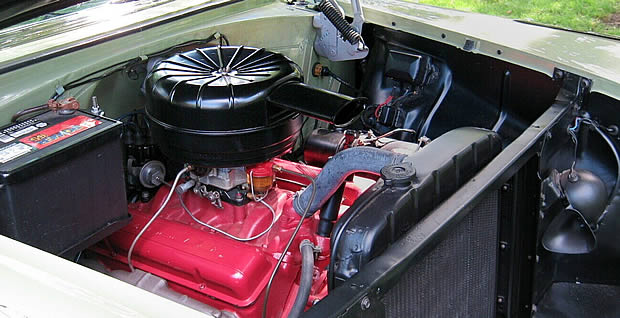 This '56 Chevy is currently for sale on eBay. (follow the link for even more photos﻿)