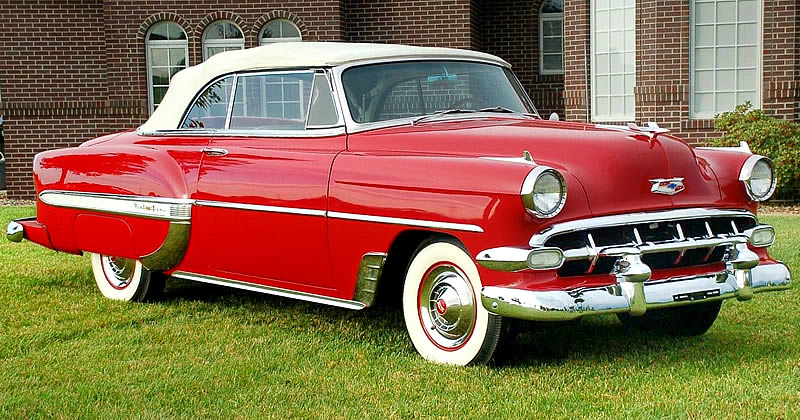 Introduced in 1950, the Bel Air sat at the top of the Chevrolet lineup. There was new body styling for 1953 and therefore 1954 changes revolved around some minor trim changes actually achieving the effect of making the car look bigger and more modern.

From the front it looked wider, much of this was due to the new grille that incorporated horizontal parking parks at each end. At the rear things were very similar to the previous year but there were new taillights, now with the taillamp and brake light on the top half and reverse light on the bottom (should the original buyer have chosen that option).

This 1954 Chevrolet Bel Air Convertible shows off this styling.  There were plenty more colors now available as Chevrolet were moving away from drab, conservative colors. They called them "Fashion Fiesta" colors! 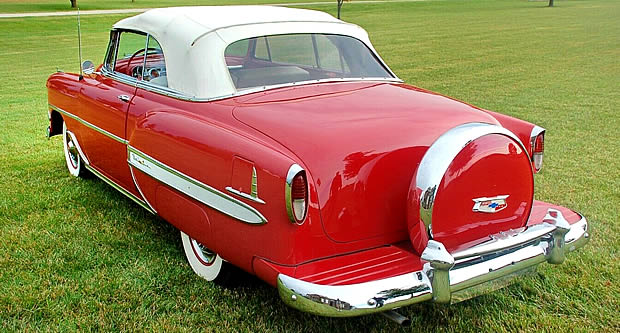 This beauty has done under 1,500 miles since it received a full restoration. 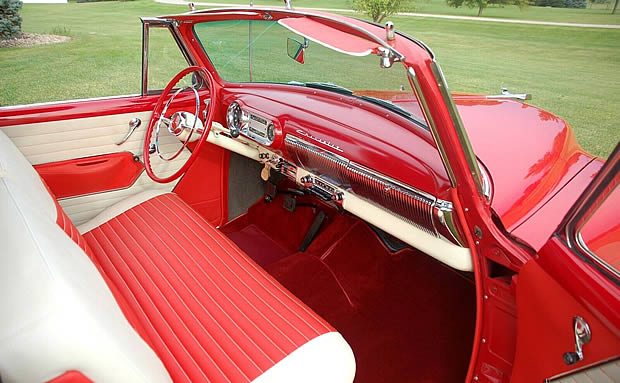 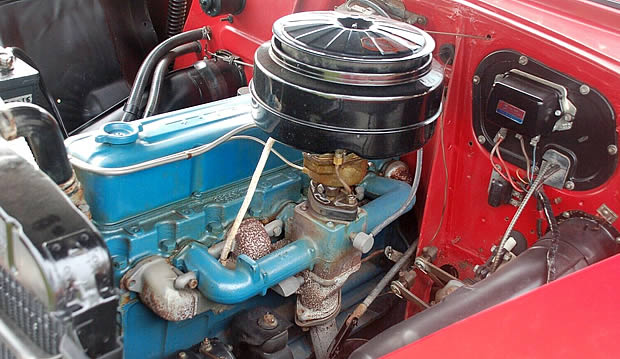 There is no doubt these 1954 Chevrolets are great looking cars. However, the following year Chevy were about to take the country by storm with their all-new designs and a massive boost in sales.

This Chevy Bel Air is currently for sale on eBay. (follow the link for even more photos﻿)