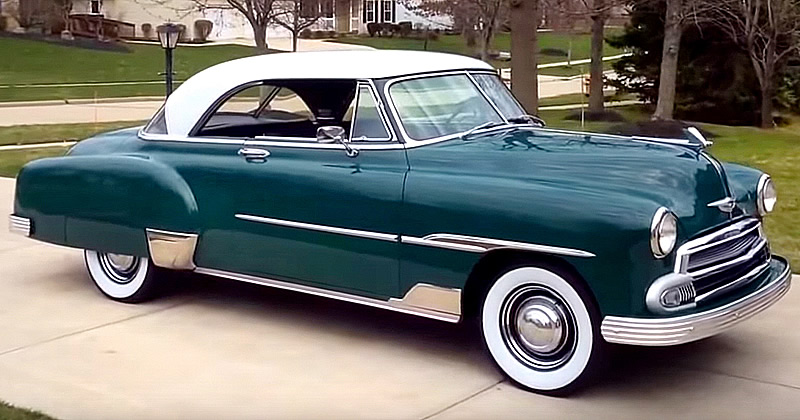 Power comes from a 235.5 cubic inch six-cylinder engine - we wouldn't see a V8 on a Chevrolet until 1955. Hooked up to this is a 2-speed Powerglide automatic transmission which is denoted by a script on the deck lid.

The Bel Air offered 4 different, special two-tone interiors and a Bel Air script is seen on the glove box. Note the clock isn't electric powered and is a 39 hour wind up model.

Chrome rear fender gravel shields are typical of Chevrolet's of this era.

This car was made in Janesville, Wisconsin back in April 1951.