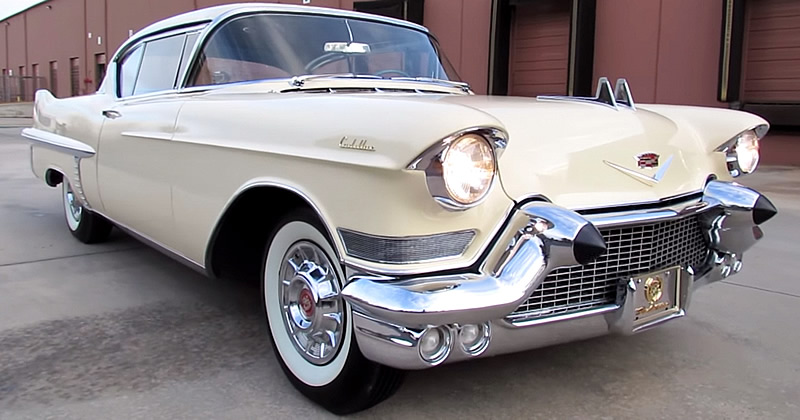 1957 was the first year for Cadillac's new X-Frame without side rails that they used on all models. It made the structure more rigid and allowed the car to ride lower without losing any space. At the rear of the car tailfins were now squared off and the new, round tail lights were positioned low. 62 series were easy to recognise with their vertical moldings just forward of the rear wheel opening, with horizontal windsplits. A crest medallion can also be seen on the rear fins.

The front end of the car for '57 now had rubber bumper guard tips and lamps set into the lower bumper. Shark-like fins that pointed towards the back of the car were now seen on the hood.

Interestingly for such a luxury car power windows were just an option for this model.