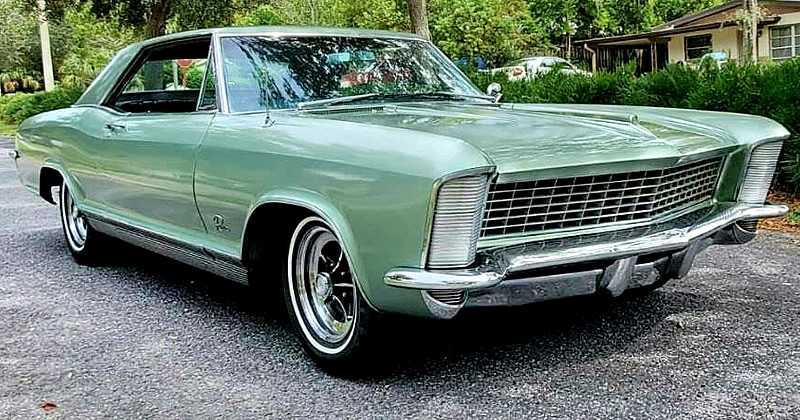 A pretty face with a beast under the hood would accurately describe this 1965 Buick Riviera in Seafoam Green that’s done under 86,000 miles in its lifetime.

First introduced in 1963 this was the last Riviera of the first generation cars before a complete revamp for 1966.

One of the distinguishing features of the new ’65 Riviera was the moving of the headlights from the grille to behind the shields on the front fender. At the flick of the light switch the clam shell would open revealing the lights. The taillights were relocated to the bumper giving the back of the car a cleaner look.

This Riviera was also purchased with air conditioning which was a $500 option. Other options on this car include: Am radio, tinted glass, door gaurds, remote mirror, power 4-way driver’s seat and power windows.

Under the hood the Riviera came with a 325 horsepower 401 cubic inch V8 as standard paired with a Super Turbine automatic transmission.

This ’65 Riviera is currently for sale on eBay. (follow the link for even more photos)