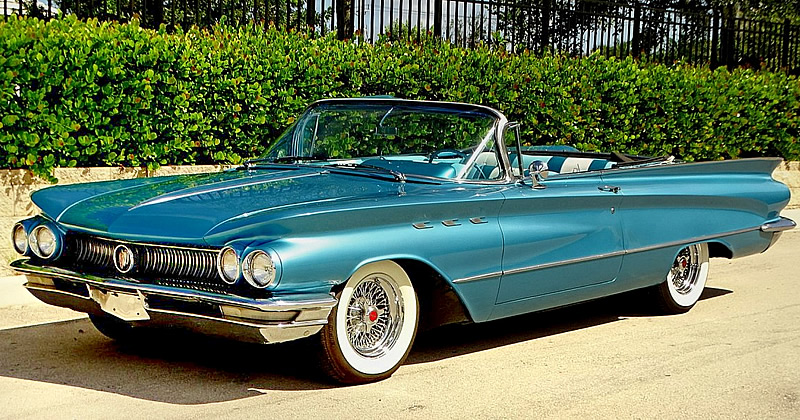 While the LeSabre was Buick’s base series, no one would look at this convertible and think it was a cost-cutter. LeSabre however did consistently prove to be Buick’s best seller.

The LeSabre series contained 7 models including two station wagons which were the only cars priced higher than the convertible.

Styling was subdued for 1960 but the front was still unmistakably Buick.

Despite disappearing during the 1958 and 1959 model years, Buick’s distinctive ventiports had now returned to the front fenders. Further making a Buick easy to spot.

Buick for ’60 offered eight distinctive seat styles, 10 different upholstery materials and more than 50 color selections. These beautiful interiors were color-keyed to a choice of 15 solid-tone and 3 two-tone exterior colors.

Under the hood sits a Wildcat 364 cubic inch V8 that was standard on the LeSabre. This is paired with a Turbine-Drive automatic transmission which would have cost the original owner an additional $220 over the standard 3-speed manual.

This ’60 Buick LeSabre Convertible is currently for sale on eBay. (follow the link for even more photos)