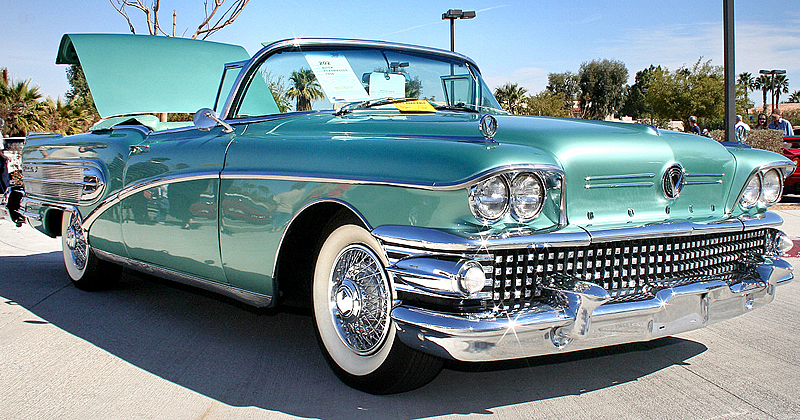 There’s nothing that says 1950s chrome any louder than a 1958 Buick. The block-style grille really stands out – What a front end! This ’58 Buick Roadmaster 75 Convertible in Green Mist Metallic looks absolutely amazing. This is definitely one of the more striking colors that year. It is powered by a 364 cubic inch (6L) V8.

The distinctive Buick portholes (VentiPorts) are now gone (only to be revived again in 1960) and the body was much bulkier. Only available in the series 75, the Roadmaster was certainly well equipped. Power windows, power 6-way seats,  power steering, WonderBar radio, padded dash, padded carpeting and the convertible was trimmed in all leather.

Amazingly only 1,181 of these convertibles were ever produced.