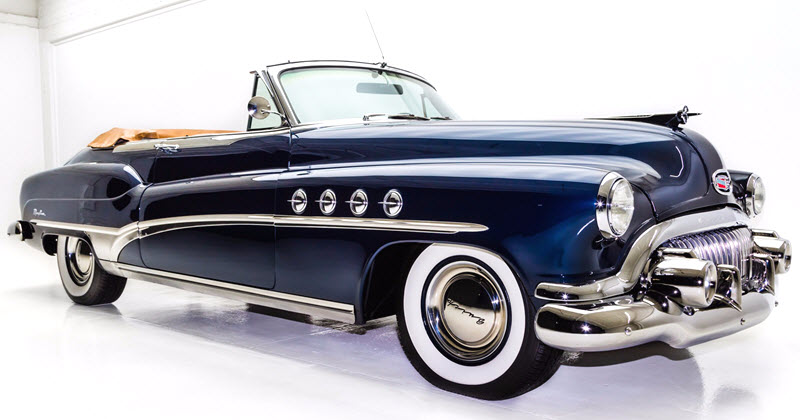 Stunning is a word that comes to mind when describing the restoration of this 1951 Buick Roadmaster Convertible (Series 70, model 76C).

From the deep shine of the Sapphire Blue paintwork, the stunning mocha leather interior and immaculate dash, right through to the highly detailed engine bay holding the 320 cubic inch straight eight engine - this car is beautiful. 'COMMANDING is the word for ROADMASTER - Buick's master creation' was how they described this top-of-the-line car for 1951. Check out that dash!