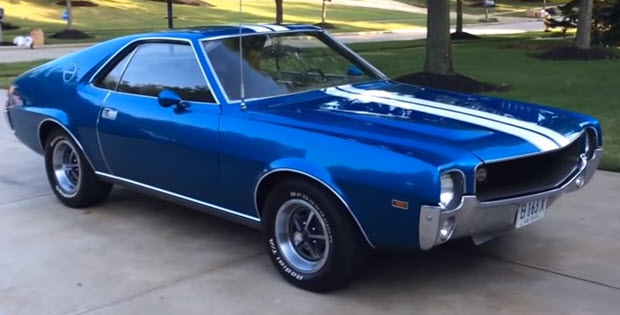 There are only 41,000 miles on the clock of this car but you might notice the seats aren’t original. They are actually out of a 1982 Dodge Daytona!

Introduced in 1968, American Motors Corp AMX was changed only slightly for 1969. The original sales brochure told us; ‘The AMX is long in front and short in back. A 2-seater, no-back-seater. It doesn’t drive you; you drive it!’